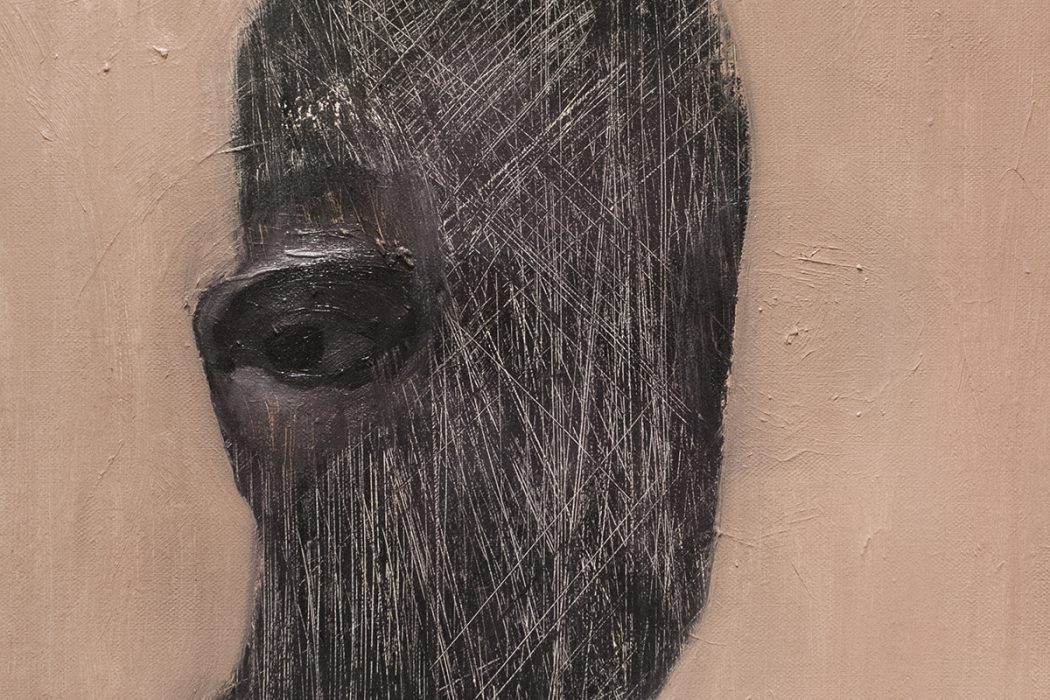 Paris has been the setting for expatriate artists during the first half of the 19th century. The greats we’ve come to know and love such as Matisse, Dali, Ernst, Picasso, and many more roamed the French cobble stone streets in between their studios and cafés. Fast forward to present day and we think of cities like London, Berlin, and New York as the major hubs of contemporary art. Each city claiming their own juggernaut level artists who mass produce their work in factory style studios. As art has evolved over the years, it’s become common practice for mainstream artists to outsource their labor and move with the ever-changing art capitals.

In this interview, we’re going get to know a young man who echoes the ways of the past. A painter who decided to walk a path long forgotten. While artists like Jeff Koons prepare the day’s instructions to his staff, Armando Cabba paints with a brush connected to his soul. Operating his own hybrid gallery/studio space, the Canadian born artist uses painting to explore topics of identity and mental health. At the same time, he continues to capture the essence of those around him through his realist portraits along with searching for clarity in chaos with his on going Brut series. We had the chance to speak with him and this is what he had to say. 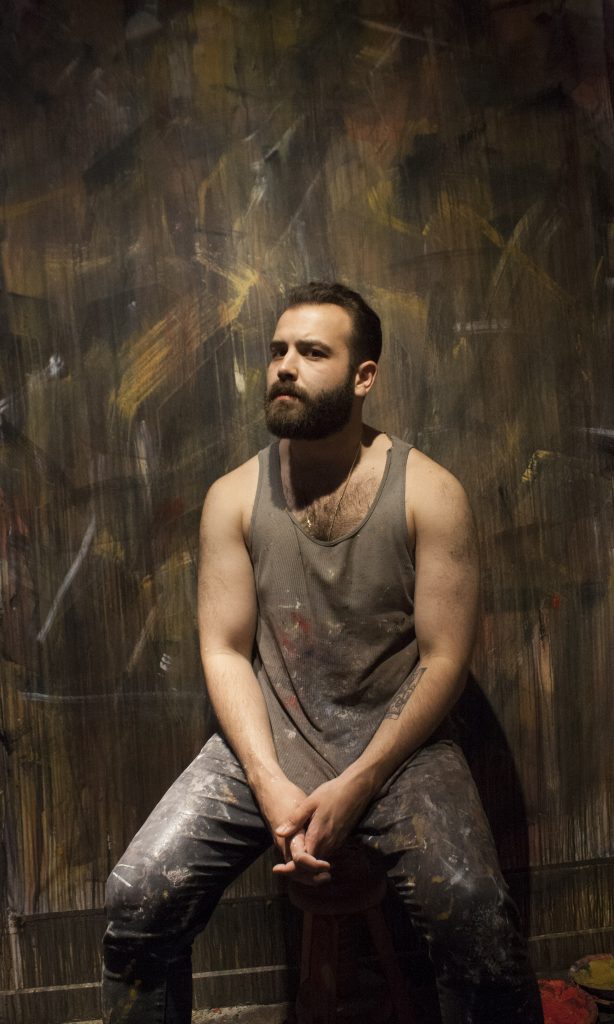 What’s your background in art and how did you get to where you are now?
I got into it during my tail end years of high school which led to me graduating the fine art program at Dawson College and then Concordia University. I was accepted and then quit an academy in Florence, Italy due to conflicts of interest which resulted in me working independently for 2 years. After regaining my footing, I moved to Paris and I opened up Atelier Cabba where I continue to paint. I wouldn’t say I’m a relic or that I’m painting for an audience that exists in the past. Paris feels right for the moment. Lots of my friends moved to cities to catch the new waves in the art world. You do what feels right at the end of the day and I know I’m supposed to be here right now.

What’s your opinion on artists who are no longer creating their work directly?
Listen, this has been going on for ages and won’t stop. There are projects you need the help on and there’s no problem hiring the extra hands. There are deadlines and demands. Having someone else help you doesn’t take away the impact and essence of the piece. Part of the problem is when the artist distances themselves more and more and relies solely on others to create for the sake of creating that it becomes nonsense. There’s no more feeling. There’s no sign of humanity in any sense of the word. It’s a tightrope walk. You have to be aware of everything plus having a 3rd party making the work plays into the meaning like it or not. My advice is you should take a step back and ask yourself if you’re an artist or just someone with lots of resources who woke up one day with a “vision” 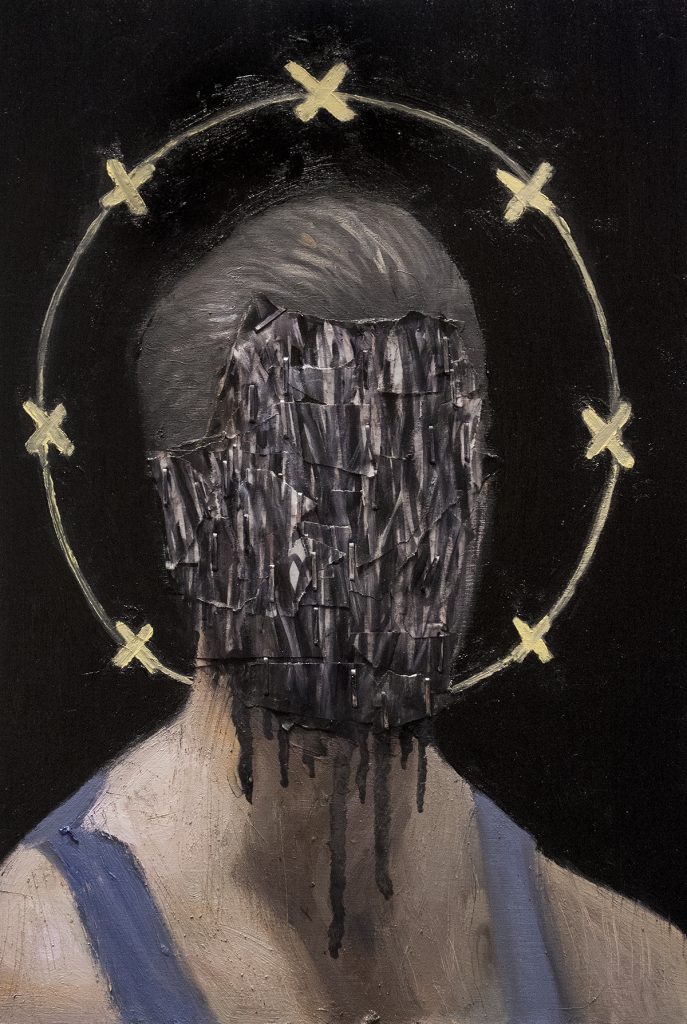 In your personal opinion, what’s “good” art?
What makes a piece successful for me is how honest it is. It doesn’t matter if I understand the subject or not. It might not even be a concept that touches my life personally, but it has to be created from a place of truth. It also tests you as a person in that regard. The art can be great but are you? Are you open? Can you embrace something so foreign to you and realize its beauty?

When an artist puts their heart into their work, that’s when it resonates with the viewer. It’s like receiving a KO to your soul but in the best way. I’ve heard some people say “Well I didn’t study art so I don’t get it” You don’t need a diploma in art to feel something. It can be made in any type of medium and presented however way, but you’ll always know if it’s the real deal. It’s hard to explain. I feel like it’s a six sense. Once you’ve had the experience of having a piece hit you so hard on so many levels, it remains on your palate and you know the difference for the rest of your life.

Any advice you’d give young artists?
Art school is like a crack house. Every time you’re all giving each other critiques, you’re technically smoking from the same pipe. That’s not how the real life works. Just because your teacher says your great doesn’t mean the rest of the world will agree. Learn to take criticism and remind yourself it’s just one person’s opinion. This is not me telling you to be arrogant, but to be grounded when comments come your way. You might be introverted and it’s a cute look on social media, but you’re going to have to get out there. Go meet people. See shows. Go visit studios. Like it or hate what you experience, it’s going to help you grow. Don’t be shy to ask for business advice from friends and family who know what they are talking about. As much as we can be knee deep in creativity, there is a business end of this at the of the day. Making money from your work is great, but don’t just create for money. You make work. Don’t let the money make you. 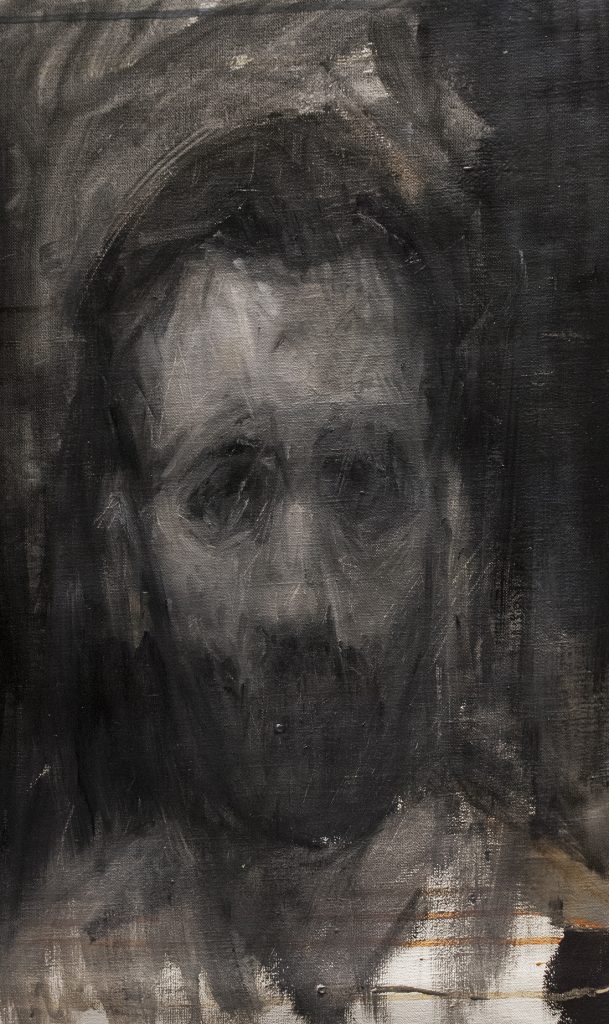 How do you see your art evolving in the next 5 years?
I can’t even tell you where I’m going to be tomorrow, but I can guess. As much as I can have a plan in my head for upcoming paintings, it never turns out the way I picture it. That’s the beauty of it. Everything naturally changes and I hope to keep that same type of momentum until the end. An unforced evolution throughout my art. Call me egotistical or cocky, but I know I’ll be in museums and major galleries. It’s not a question of “if” but “when” at this point. I’m not trying to catch the world’s attention. The world will have to catch up with me. I’m going to remain in my proper element and I’m going to keep being human. Art aside, I’m still going to be there for people and remain a positive influence. Fame and money is a guarantee, but being true is the real test. We don’t need more selfish people in the spotlight and this is coming from the guy who painted himself over 80 times. I’m not interested in what your account balance looks like or how many houses you own. I don’t care who your famous friends are or who follows you on Instagram. In the immortal words of Shania Twain “That don’t impress me much” I hope to remain the type of person I’d want to see as a role model. I’m going to be human. 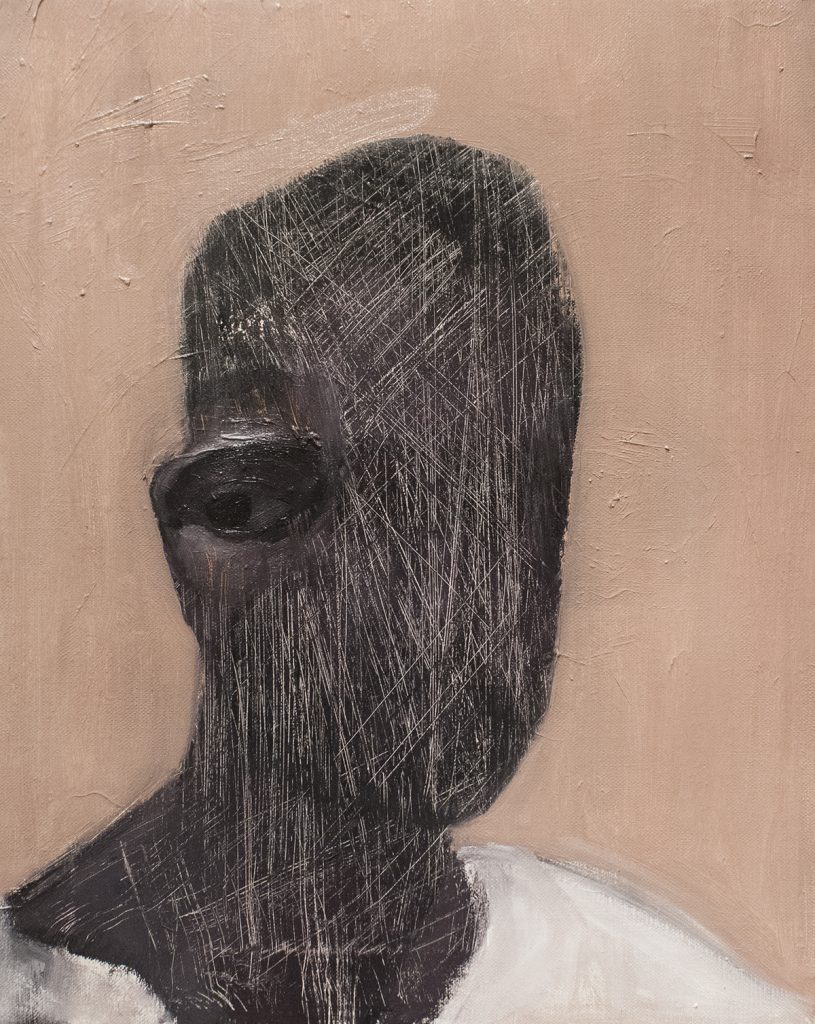 Why you should take better care of yourself

No matter what you do for a living, from being a full-time Mom to living the party girl lifestyle, it is vital that you…