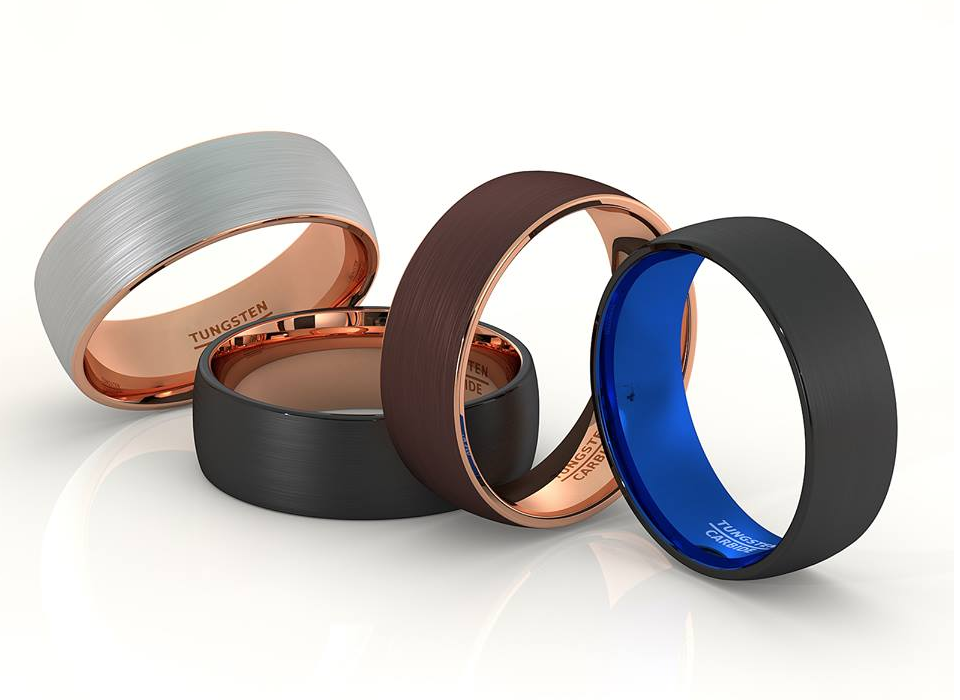 When choosing a wedding band, there should be a lot of considerations to make. These considerations include the quality, appearance, and durability of the band.

There are many kinds of wedding bands, from Tungsten, Platinum, Palladium, Gold, and many more, all of which have their advantages and disadvantages. Below we take a look at the pros and cons of Tungsten wedding bands.

As compared to other metals used to make wedding bands such as gold, Tungsten carbide is very strong. This attribute makes it hard to lose shape. Its strength makes it scratch resistant, as compared to the other metals.

A wedding band is meant to last a lifetime, thus the need to choose a durable material. Due to their resistivity to scratching, tungsten wedding bands are able to last very long without losing the shine or bending.

With the traditional gold wedding bands becoming many clichés, tungsten bands come in unique colors, such as white, grey and black. The metal is also considered to have a masculine look, due to its uniqueness, making it popular among most bridegrooms.

Tungsten is not as precious a metal as others such as Gold and Titanium, which makes Tungsten bands the most affordable. They cost up to or more than 50% cheaper than most gold bands. Due to the high quality of the band, this makes it one of the most cost-effective wedding band.

Being a dense metal, tungsten bands are heavier than the other materials, with most people complaining that it weighs down on the finger.

Due to its hardness, tungsten wedding bands cannot be increased or reduced in size. An attempt to change the size leads to breakage, and if the finger outgrows the ring, the only alternative would be a replacement.

In metals, the harder they are, the higher the chances of breaking. Due to this, in the case where the ring is smashed on a hard surface, it has a higher chance of breaking unlike softer metals such as gold which would bend and not break. In the case of the band getting broken, they can only be replaced with a new one since they cannot be repaired.

The choice for a perfect wedding band should be made on considering personal preference, affordability, appearance, and durability of the material, thus making tungsten the best option.

How to strengthen your relationship

In order to make a success of your relationship, it is important that you put the work in. You can’t afford to become complacent…