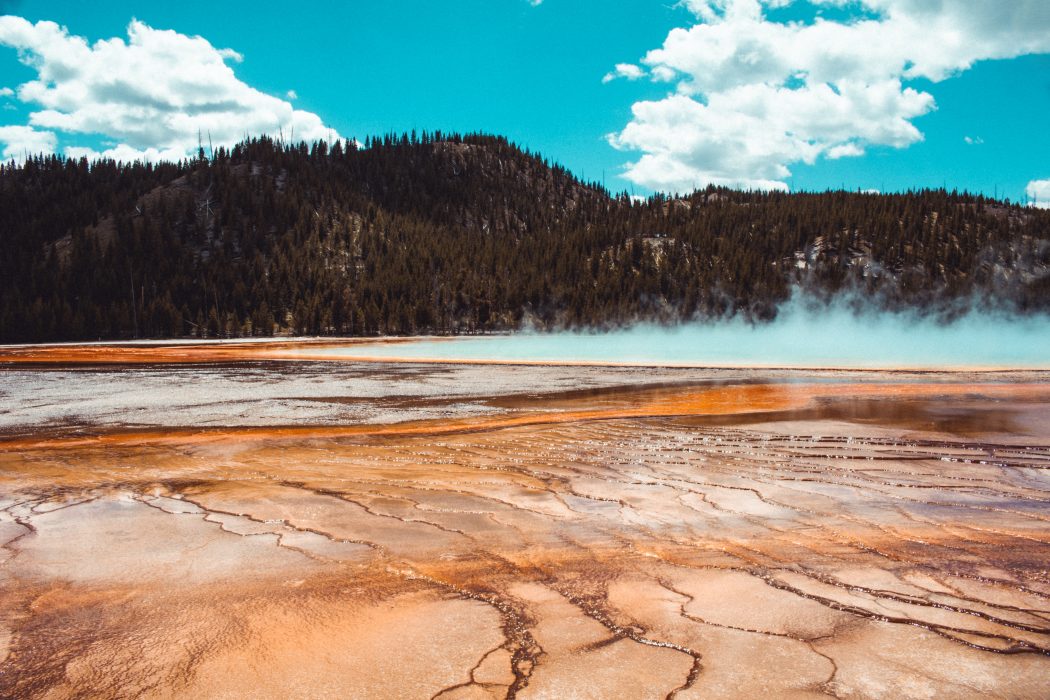 The state of Wyoming is located in the mountain region of the Western United States, cradling the middle portion of the Rocky Mountains from which this subregion is named after. The state is recognized as the 10th largest in terms of area covered but it is also one of the least populous states. However, the Cowboy State definitely holds its own as a magnetic place for tourists from other parts of the USA to the rest of the world.

While the list goes on about what makes this Western state a tourist favorite over the years, start with these top five reasons to visit the historic and scenic state of Wyoming:

1. Feel The Cowboy State in full bloom at the Cheyenne Frontier Days

Wyoming was not called The Cowboy State all these years for nothing and where else can you experience their proud Wild West heritage than at its capital, the city of Cheyenne. Cheyenne Frontier Days is an outdoor western celebration and outdoor rodeo event which lasts for ten days scheduled on the last full week of July. The event traces its roots back to 1897 and takes pride in being the “World’s Largest Outdoor Rodeo and Western Celebration” and has consequently remained one of the top things to do in Wyoming.

An attempt to convince tourists to visit Wyoming would never be complete without a mention of the great Yellowstone National Park. It is important to note, however, that while most of the world-renowned national park is located in Wyoming, sections of the park lies in the states of Montana and Idaho. The area is famed for its diverse ecosystem, with 1,700 species of plants and nearly 60 species of mammals alone plus fishes, birds, and reptiles inhabiting the area.

Another ace up Yellowstone’s sleeve is its abundance various geothermal features – with geysers chief among them. One of the most famous geysers in Yellowstone National Park is a cone geyser known as Old Faithful, even having the surrounding development and landmark named after it as the Old Faithful Historic District. This geyser has earned renown because of its high predictability, you can expect it to shoot anywhere from 14,000 to 32,000 liters of water about 50 meters high. You can take a short rest at the Old Faithful Inn, in itself a national historic landmark, and again marvel at this log and limb rustic resort.

3.  Stop and gaze at the majesty of the Devils Tower

The Devils Tower is definitely one of the state’s most outstanding features. It was designated as the first United States National Monument by power of the decree signed by President Theodore Roosevelt in 1906. But before this, the 1,260-foot high isolated hill, known as a butte, has been revered by several indigenous plains tribes living near it.

Aside from sightseeing at the easily recognizable landmark, most tourists also climb the Devils Tower, either by traditional or modern climbing techniques. Most climbers face the task of scaling the monolith by following any of the documented routes all around the Tower. However, take note that climbing will require you to register with the authorized park rangers before and after your climb. Also, overnight camping at the summit is prohibited. While climbing is one of the most common activities to do with the Devils Tower, most climbers and hiking outfitters will advise you not to schedule or perform your climb during the month of June, as a respect to the indigenous tribes who conduct their ceremonies and pay their respect to their sacred ground.

Sitting close to the border between Wyoming and neighboring Idaho is a large mountain valley nestled between the Teton Mountain Range and the Gros Ventre Range of the Smoky Mountain – the Jackson Hole. It is still referred to as such from the days of the early frontiers and trappers who called large mountain valleys “holes”.

The valley itself is quite an equally rewarding challenge for tourists looking to hike around the hole, being surrounded by tall mountains and crossing rivers and streams. This is also home to the National Elk Refuge, which oversees what is commonly known as the largest elk herd in the world. Both the Jackson Lake, in the northwestern part of the valley, and the Snake River, which runs north to south from Yellowstone to Snake River Canyon.

If you wish to see all these natural marvels with less physical exertion, you can always take the aerial tram ride. Hop on a 12-minute ride, 4,139 vertical feet up in the air and watch the valley underneath as well as the surrounding mountains in a 360-degree view. Their “Top of the World” packages offer biking and hiking trails, mountain climbing, and skiing. One tourist attraction making the pages these past few years are the famous gourmet waffles you will find in Corbet’s Cabin. After your breathtaking ascent, match it with an equally amazing experience by either skiing down, paragliding, or simply taking the same tram back down.

5. Backtrack the glory days of the Old West at Buffalo Bill Center

Formerly known as Buffalo Bill Historical Center, the Buffalo Bill Center of the West is more than your run of the mill museum. It is a huge complex of five different museums plus a research library. It was founded back in 1917 to preserve the legacy of Col. William F. “Buffalo Bill” Cody and has remained as the oldest and most comprehensive museum of the West.

How to Step Up Your Jewelry Game on a Budget

You love sparkles, bling, and brilliance more than anything and you definitely can’t refuse a radiant jewelry piece. But the fact is, jewelry and…