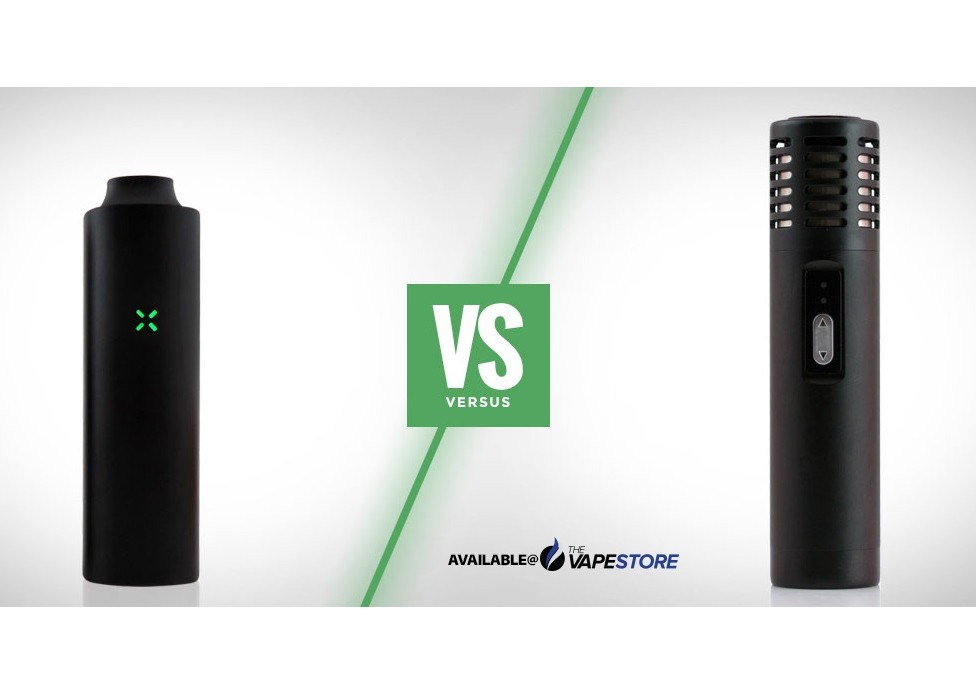 Now that Marijuana is recreationally legalized in 3 states (with many more trailing behind), and various studies have proven that vaporizing Marijuana is the best way to go, the time has come to debate what product is going to give you the most bang for your buck. Right now, two of the most popular personal vaporizers are The Pax by Ploom and the Arizer Air (which can be purchased here). Pax has proven its dominance in the industry, but the Air is giving it a run for its money. From what we’ve seen, we think this is rightfully so.

When it comes to the quality of vapor produced by both devices, Pax falls short. Its sleek design makes impulse buyers victims of its high heat vapor production. Additionally, the air quality diminishes as it gets dirtier, which we thought happened way too easily. Unless you’re regularly cleaning this unit every other day (which is pretty annoying), you’re only going to get decent vapor for about a week or so.

However, the Air’s features, reminiscent of the early Solo by Arizer, allow this unit to run on maximum efficiency. First its glass aroma tube locks in flavor while also cooling the vapor down to an appropriate temperature. Consistency of vapor delivery from airflow is a hard thing to capture in every draw for any device. The Air manages to do this, and that’s something we thought deserved to be acknowledged. Overall, the Air blows Pax out of the park when it comes to the quality of vapor.

The Pax really manages to give users the feeling that what they are using is high tech and futuristic: from the anodized aluminum to retractable mouth piece, it gives the illusion of being high quality. However, the cover over the heater is magnetic, and this means as it is exposed to more and more heat, it is guaranteed to fail at some point. Additionally, the mouth piece (after a few uses) gets jammed creating a sticky situation for users (literally). Without the mouth piece, this device is deemed unusable, and for the price of this product, it shouldn’t happen so quickly.

The Air doesn’t need any flashy aluminum to give it a high quality feel. Even though the tube is plastic, it’s durable and aesthetically pleasing. Plus, it makes this unit lightweight and on-the-go friendly. Seamlessly fitting pieces really give this unit a clean look and sturdy feel. It’s not as sleek and futuristic looking as the Pax, but it’s practicality and durability give it a huge advantage over Pax’s façade.

Simply put: Pax’s battery life is decent at best. After a full charge, you will get a mere 40 minutes of use. The Air has a battery life of 1 hour, and even though that’s not too much longer than the Pax, it still has another advantage – the battery is interchangeable, and once one dies, you can switch it out for another. You’ll be enjoying your vapor for an hour and 20 minutes longer than your friend using the Pax.

It’s easy to see why we think the Air blows the Pax out of the park. We purchased ours for a good price from The Vape Store, and we recommend you do the same.

The Vape Store also sells other devices for vaporizing dry leaves as well as smoking cessation devices such as box mods, vape pens, and atomizers. Check them out here!

I had the privilege to interview Gina Samarotto, Gina is an award winning designer and freelance journalist. Gina is the Principal Designer with the Samarotto Design Group,…