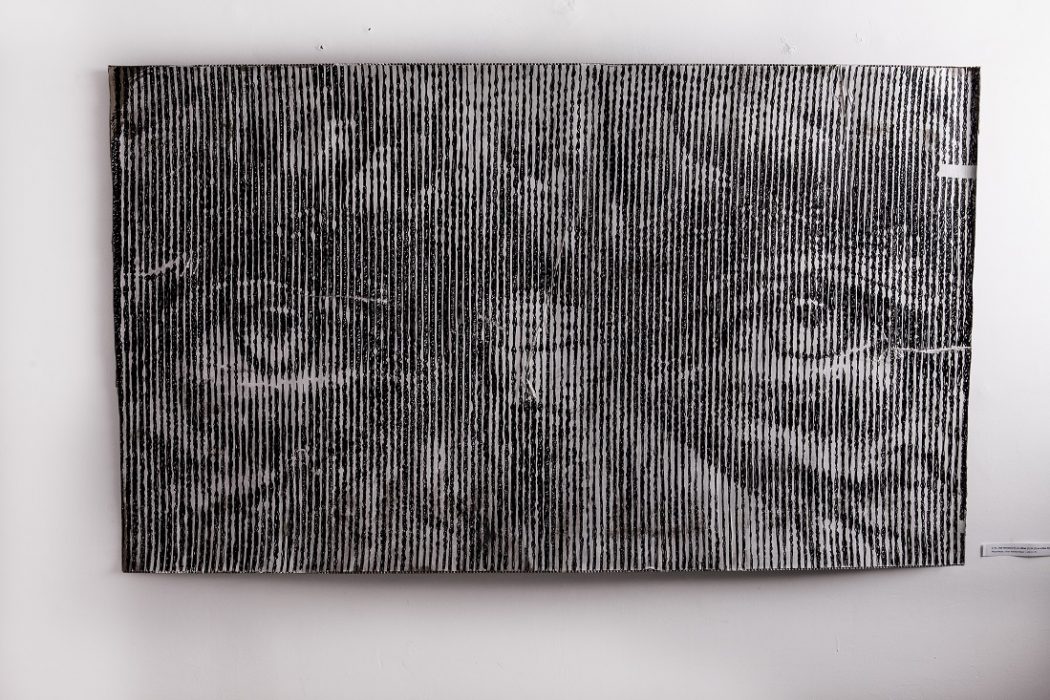 After a period of silence, Mj Tom of the Artistic Cooperativa LosOtros returns at Espace Christiane Peugeot in Paris, France to showcase a completely new body of work, under the title “Limbus.” The event is scheduled to hold from the 15th of July for a period of 2 weeks.

“Limbus” consists of a series of artworks in very large formats, in Black and White, with a minimal approach and a strong dialogue with the space. The pieces express a lot by saying nothing. Just Looks or Gazes.. And through these gazes, stories begin to unfold.

Focusing constantly on what lies beyond the limits of everyday life, Mj Tom burdens himself with the faction of humans that intentionally choose to remain outside of what is considered socially conventional. Spotlighting on these overlooked or deliberately neglected humans, he takes on the process of investigating these enigmatic Personas.

While questioning and studying goes unnoticed, Mj Tom blurs the lines between documentation and participation, by weaving the stories behind these universes. In doing so, he takes on some of their secrecy as well. The result is an ability to subtly bring out the mysterious dignity of these Personas that are so often neglected, ignored  or prudently rejected.

The exploration of these unnoticed almost invisible beings, who exist in every city and every country reveals a certain universality that is present throughout the work, counter balanced by the intimacy that the artist conveys in the way that he treats his subject matter.

The result is a complex and often open-ended social critic [an ‘Open Language’], a silent sensitive poetry that is working against the saturation. “The overburdening of messages and signals that we are subject to within everyday life.” Through a spontaneous, respectful practice, he attempts to make ‘a place for free thinking,’ a ‘space of dead time’ by using a language which is ‘infinite, abstract’, and thus ‘universal’.

As he quotes, “Limbus is not a exhibition or a show nor a series of, but a sequence of questions in visual form, a narrative in pieces or chapters of a book, or… A pilgrimage, typically of some length, or a return to familiar places in cities or the honoring to the recording of the emotions they emerged from them, or…”

Almost a campaign against Youth and Beauty Culture and what it conveys, to the collective subconscious.

European Visual Artist  Mj Tom chooses not to share any personal information. Since 2003 he established the Visual Poetry | Urban Art Group LosOtros with his alter ego Andrea Nada. Seeing that, he lived between Berlin, Barcelona and Paris. His work has been exhibited at London, Paris, New York, Miami, Los Angeles, Vancouver, and Dubai.
…

His current body of work includes mixed media, collage, sculpture, installation, and digital printing. Irreverent and fleeting, able to define himself as a copy machine of art, sarcastic and deliberately anonymous, he questions almost every probable fact. The veneer of normality, the history as written, the common way of understanding nature and oneself as a part of it.

As he remarks “LosOtros is not an Artist or a group of Artists… LosOtros is a state of mind that engages a number of persons.. Not only those that create the Art Works, but also those that they try to “read” them… We believe that Art is not important because there is an artist behind, but because there is a spectator in front. The meaning behind an Art Work is the meaning that the onlooker build around it. The artist explanation has a very limited value. We don´t want to promote any manifest, nor to convince anybody about anything… We are not in Art to promote ourselves… Art is simply our lifestyle.”.

Where or Space | Espace Christiane Peugeot

Whenever I need beauty products I shop at Beautyspin. Makeup, perfumes, bath and body care they have everything you need. Luckily black friday sale…