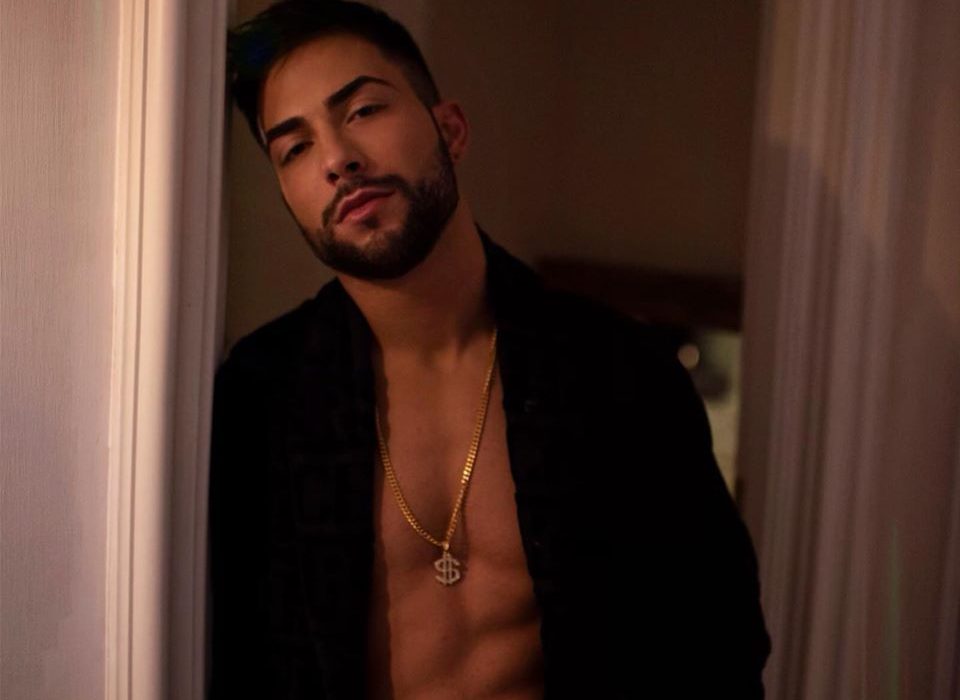 Luke ATME is an artist from Naples, Italy and discovered his passion for singing at a young age. He was part of a dance school and started competing in national dance challenges and started performing at events. In 2017, Luke ATME graduated at West London University for music performance. The following year he released his first EP, “Loudest!”, led by single “Higher” played in the UK. Most recently in 2019, the artist has won several awards including, a Golden Award for “Song of the Year” for his Spanish single “Perdóname”, AAA4Success Award for “Artist of the Year”, and the Golden Award for “Artist of the Year.” His latest single is CASH Checks ATM. Read the interview to find out more.

How did you come by your stage name?
My real name is Luca and when I was around 10 years old I was given a keychain with a flashing “LUKE” on it that was being charged by the sun rays, so basically it never run out of battery, and I always loved that name and also the fact that still now I have it and it works, so it stands for something that never gives up. Only at the age of 23 when I released my first single I kind of thought that only Luke was too simple, so I had this idea of creating a game of words with Luke ATME, keeping Luke and adding ATME like saying “look at me”. Yes, I’ve always wanted to be at the center of the attention lol.

When did you discover your love for music and what made you realize you wanted to pursue a career in it?
I think since I was like 12 I knew I wanted to be an artist, a singer, a dancer, I was going to the studio to record covers, started to play piano, taking dance classes and going for challenges internationally, this has always been what made me feel good, free to express myself. I am very creative, I always loved to design things and make up songs, write lyrics, melodies. Then at the age of 18 I permanently moved to London to begin my degree in Popular Music Performance, since then I knew I was never going to give up music.

What are some of your greatest challenges, and what are your greatest achievements?
Some of my greatest challenges would be times when I was in LA in 2018, I was in the studio for a whole week, working with three famous producers and creating three original songs having a deadline, that’s when I recorded my EP “Under the Palm 3s”. Also when I put out my first EP, that was a challenge, it was the first time I had to deal with radio promo, interviews, music video, concerts, all at the same time and by myself. One of my greatest achievements is when I won the Golden Award for “Song of the Year” and “Artist of the Year” in 2019, also when I sang at the Munich Pride in Germany as headliner in summer 2018, and I would say as well when I firstly appeared on MTV in 2015 and on Channel 4 in 2016.

What are your plans for the near future?
My last single “Cash Checks ATM” has recently been released and I am still promoting it, but I already have a couple of songs to launch next. I think my plan for the near future is to release as many singles as I can, different from each other, so I can reach a wider audience, singing in different languages and just let more people know me. I want to write a lot of songs and show my audience that I can be a really versatile artist, I don’t want to be associated with one genre or one culture, I want to show different sides of me.

What suggestions do you have for other artists like yourself?
I don’t really find myself in a position to give suggestions to other artists, especially because I am still climbing my way up and I haven’t reached the peak yet. But honestly what I would say to any other artists is that we have the power to create art, that’s something not everybody can do, that’s something that can reach millions of people, we express a message with our art and if any other person like me totally believes in this message, they should never stop practicing it. Self-confidence is the key to success, I’m sure there is space for all different artists in the industry, but what’s most important is to believe in what we sing, in our music, and be original of course.

Link to the single:
https://open.spotify.com/album/3pjzw1BejmVBNmIwqRobyj

IT Troubleshooting Through Conference Calling