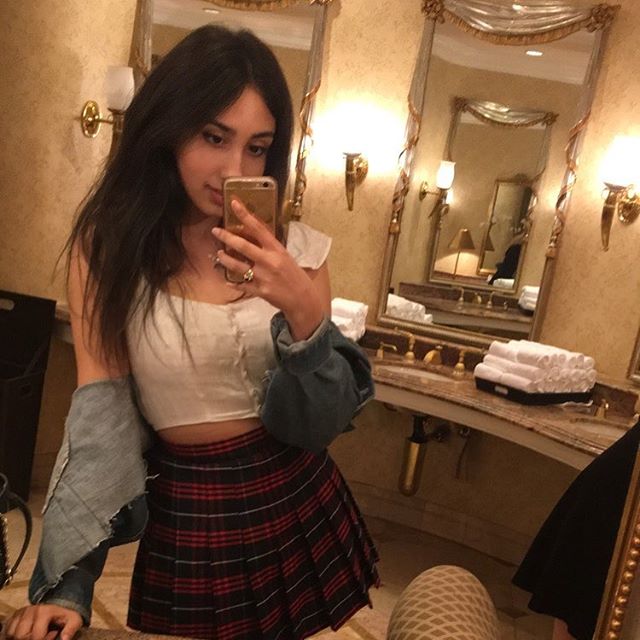 I write really quickly. The lyrics sort of just come to me out of nowhere when I put myself into my “I’m making music now” mindset.

Tell us about yourself and what you do:
I’m Blythe Baines, and I make music! I just released my newest single “Stars”, produced by Reece Hampton and Local Bling, on Soundcloud. We’re also releasing on iTunes, Spotify, Apple Music, etc soon.

What other artists inspire you?
I love Bjork and the way in which her songs are so simple yet so deep, simultaneously. Sometimes you can hear a song without really listening, but when I started truly listening to Bjork’s songs, they made so much sense to me. I visited Iceland (the country that Bjork is from) for the first time last summer and it really helped me understand her lyrics and her connection with nature and the universe. Iceland is like something out of a dream. It’s so untainted. Almost like you’re in a fantasy world–but it’s real.

Other than Bjork, I’d have to say Radiohead. Their song “Codex” is pure magic.

What’s your latest greatest achievement?
Getting “Stars” to be played on the radio in several different countries and states. It’s surreal knowing that your voice is being broadcasted to the masses.

Do you write all your songs? What does your songwriting process usually look like?
Yes! I feel like it’s important as an artist to write your own stuff. If I’m going to sing the words and put them out there, I want them to be representative of me. My producers will usually make a beat and then I’ll start writing the melody and lyrics. We pretty much improv it every single session. I never even know what our song is going to be about until after the producer shows me or constructs the beat. I write really quickly. The lyrics sort of just come to me out of nowhere when I put myself into my “I’m making music now” mindset.

What’s next for you?
I’m working on an EP that should be out later this year. Right now I’m trying to choose which songs I want on it, since I’ve got so many that I haven’t released yet.

Things to consider before choosing a kitchen countertop

Are you thinking to renovate your kitchen model? If yes, then probably the greatest thing to consider in your redesign is to pick a…