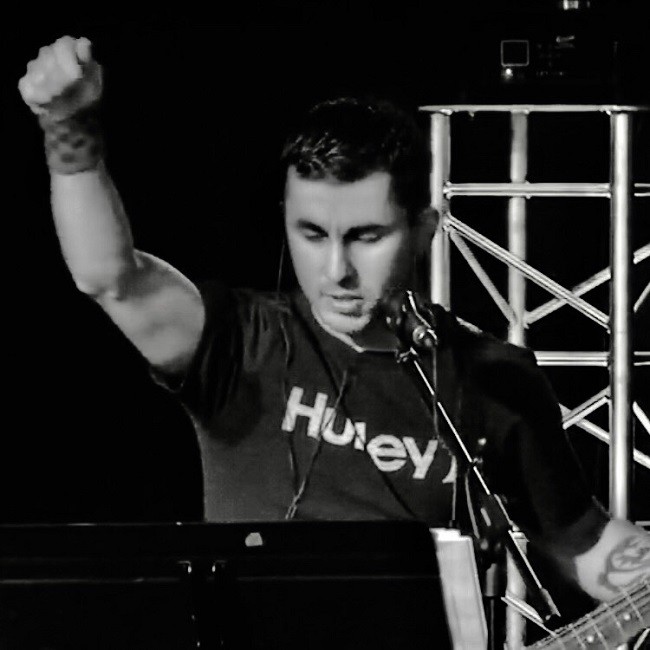 Ben has been writing and recording music since he was 13 years old. He was born in 1986 and adopted by his parents as a newborn.  He grew up in Virginia Beach, VA but relocated in March of 2007 to the Ohio Valley due to family reasons.  God has blessed him with an extraordinary talent for singing and playing guitar that Ben has developed over the years.  Aside from his music and talent, Ben took his education seriously and graduated from Ashford University in 2017 with a Masters Degree in Psychology.  He says his biggest motivators for graduating college are his wife and daughter, who support him fully.   Musically, he discovered the guitar at age 13 and is self-taught. He does both vocals and guitar, when recording in the studio. He actively serves as one of the lead singers and guitarist at NewLife church in Weirton, WV.  Some of Ben’s notable musical accomplishments include the release of his first album, called Take My Life.

He is a very diverse performing artist, who has performed and written many songs in many different genres.
He is also signed with successful independent label LBMRecords.

In addition to being signed with LBMRecords,  some of Ben’s songs have been featured on K-Love, GODSpeaks Radio, 3-R Righteous Rock Radio, The Beat radio station in Sweden, and multiple music magazine interviews.  He has also made local News with WTOV News Channel 9 at one of his booked events. There will be many more new releases from Ben to watch out for in the near future, so continue to stay tuned so you don’t miss out on what’s to come!

musical accomplishments include the acceptance of his songs by iTunes and Spotify. He is also signed with LBMRecords. In addition to being signed with LBMRecords, some of Ben’s songs have been featured on K-Love. Ben’s 1st Album, (Beautiful Savior) is rotated regularly on GODSpeaks radio both online and in the state of Washington.

Ben continues to be blessed and to also bless others with his music. His wife and daughter are proud of his accomplishments and are his biggest fans! There will be many more new releases from Ben to watch out for in the near future, so continue to stay tuned so you don’t miss out on what’s to come!

How did you come by your stage name?

Well, I’ve been working at my music since I was 13. I have been on many different stages varying in audience sizes ranging from extremely large crowds to smaller venues. I have over 15 years experience as a performing solo artist so it just made sense to stick with my name, Ben Acors.

When did you discover your love for your craft and what made you realize you wanted to pursue a career in it?

When I was in middle school I had a good friend named Jake Stevens who played guitar. He introduced me to the guitar and I never put it down since. I am self-taught, never had a guitar or vocal lesson and I’ve learned everything that I’ve learned from just jamming and chilling with other musicians.

I took to the guitar like a fish to water. As far as vocally, I never discovered that I had the talent to sing until I was out of high school. One day I was singing in the shower and was like wow this doesn’t sound too bad hahaha. I then began to develop my voice over the next couple of years until I became a professional at the level I am at now. It is a God-given gift.

To what or whom do you accredit your sense of style?

1st and foremost I must say God takes the full credit and glory. My gift of music and vocal ability to sing comes fully from Him. But I am heavily influenced by bands such as Mercy Me, Kutless, Danny Gokey, Third Day, Big Daddy Weave, Jeremy Camp, Elevation Worship, Chris Tomlin, David Crowder, and Skillet, just to mention a few.

On your upcoming project, how did you come up with the concept?

I am a professional signed artist with LBMRecords, on a 5-year contract deal. My manager, Troy Jackson, comes up with a lot of great ideas and concepts. I do all the writing and composition of my songs, but the showmanship and final distribution are his work and decisions and we collaborate and come up with cover art, ideas, and marketing strategies together.

Hmmm, great question! So, as an artist, you are always growing, and always finding ways to improve and get better and better at your craft. A great challenge for me would be dealing with writer’s block. As a musician, we all get the dreadful writer’s block every now and then

when trying to come up with a new song. 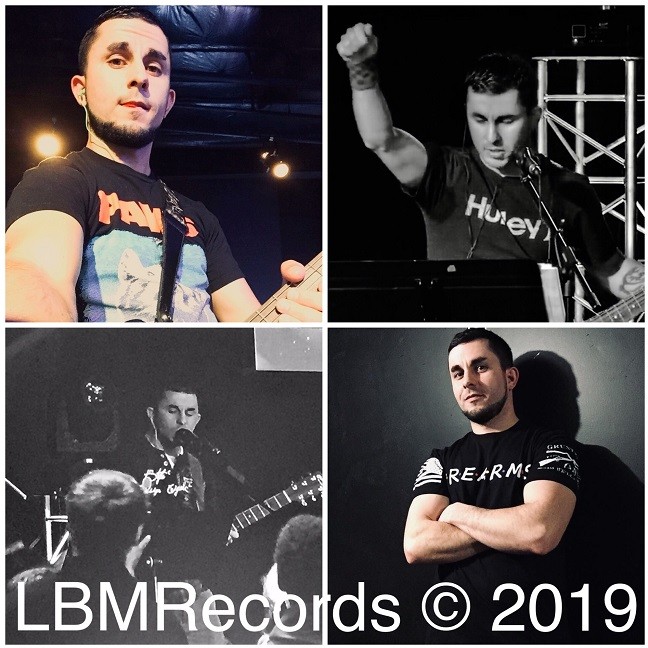 I have to walk away from something new and take a break when writer’s block sets in. The good news is that finding inspiration is easier for me because if you think about it, inspiration comes from everywhere, just

look around. Eventually, something will spark your interest and you will soon find yourself back at it.

My greatest attribute when it comes to my work ethic is my ability to stay dedicated and focused on my craft. There are times where I would literally spend hours and hours and hours on developing a new song, even into the early hours of the morning, and then get up and go to work the next day haha.

Are you the best at what you do in your opinion?

In my humble and honest opinion, based off of feedback from my fans… I am very good at what I do, but there is always room for improvement.

To say that you are the best at something is also saying that you have capped out. You also have to respect other similar leveled musicians in the industry, and take a look at their accomplishments as well and maybe learn something from that.

What are your plans for the near future?

So the label that I am signed with, LBMRecords, has some very big things in store for me in the near future. Dealings with K-Love, a 2nd album releasing in the near future, large scale events and shows, interviews with various radio stations, etc. I don’t want to say too much

haha but yes big things and heavy doors being opened in the near future are on the agenda, praise be to God!

Is there anyone you’d like to thank, any shout outs?

Oh my yes! First of all God, My wife and daughter, Troy Jackson (owner of LBMRecords), JJ and Amanda Chmielorski, Dave and Kim Parker, Anthony Brown, Rob Slider, Randy Reynolds, New Life Church in Weirton WV, my parents, every one of my fans, all my friends and family, basically anyone who has supported my music and what I do with it. 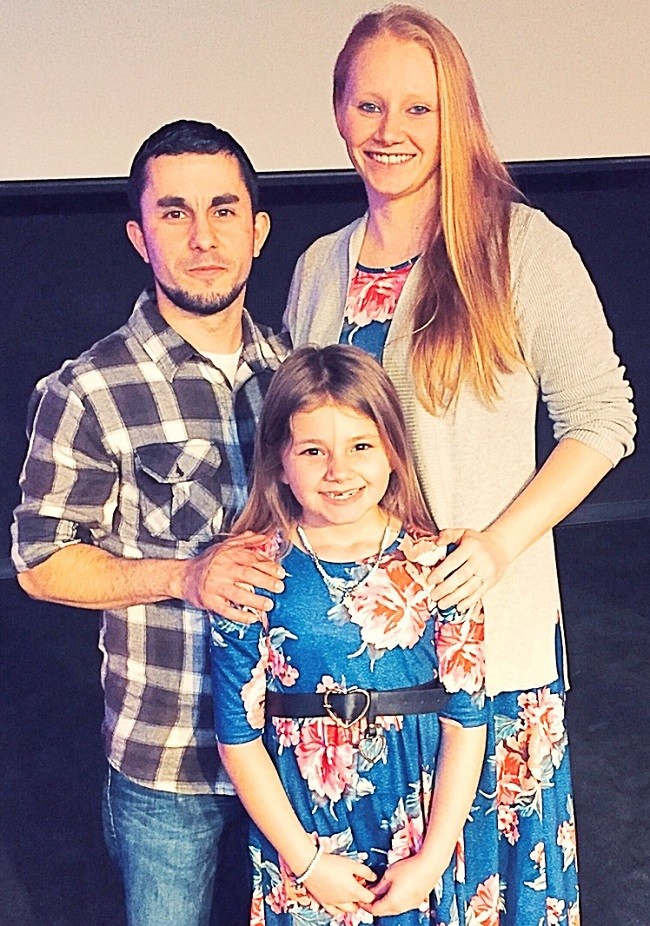 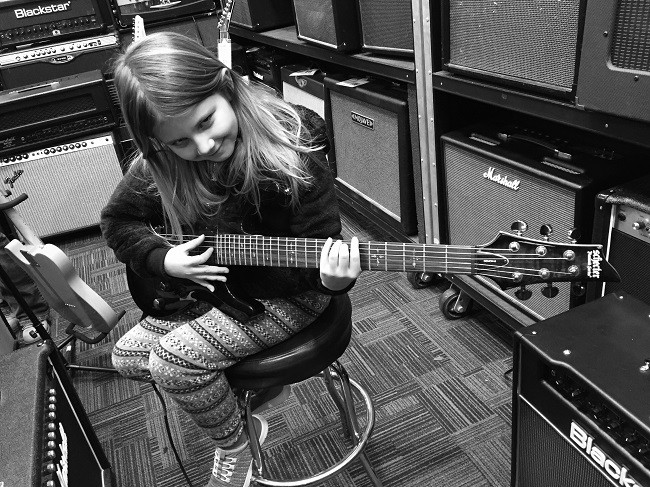 How can fans find you?

What suggestions do you have for other artists like yourself?

Work hard. Never give up and own your craft. Make time to practice. Take honest feedback and constructive criticism for what it is..don’t get offended if it isn’t exactly positive.

The less than positive or suggestive feedback is what makes you stronger and better as an artist. Never lose the fire in your soul for your music, be patient and diligent. Never sign anything without having a lawyer look it over and most of all… have fun!

If the time has come for you to make a change and update your home with a fresh new look, why not take the…