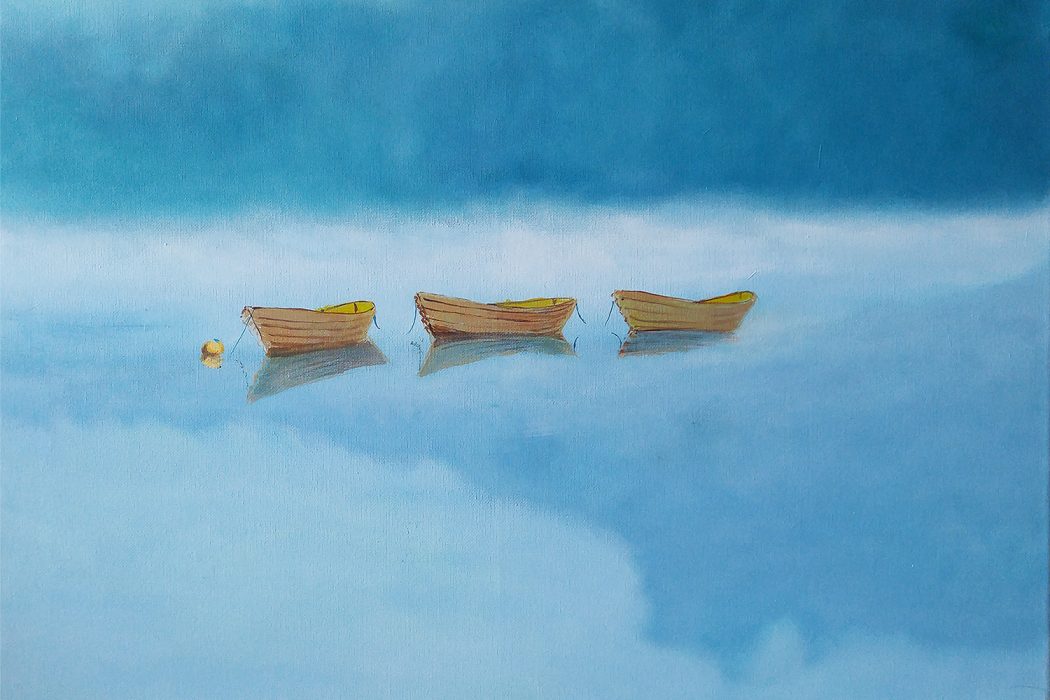 I had the opportunity to interview Christoper Hamilton. His artwork stands out with a dark and whimsical style. His work will be featured during the upcoming RAW Halifax ARISE showcase on July 5th at Pier 21:  https://rawartists.org/halifax/arise. Read the interview to find out more about his amazing art work.

You describe your work as dark and whimsical. What makes you gravitate towards this style?
That’s a great question, Nora. Even as a young artist, I had always been subconsciously depicting images of both light and dark, good and evil, black and white.  It was a tough way to grow up coping with the violence of bullying in my area.  My sketches were usually nature-based and bright and whimsical and care-free as that’s what my parents told me to draw, but when no one was around to influence me, I’d be drawing skulls, swords, war and other symbols of the darkness within us all. Eventually, I found I had two major client bases; those who love the common images of landscapes and seascapes, and those who love the tattoo culture, and the darkness (Art) that comes with it.  Now, I sometimes mix the two very subtly and see if anyone is able to notice.  I will even hide shapes in the background to subtly probe the viewer’s imagination. 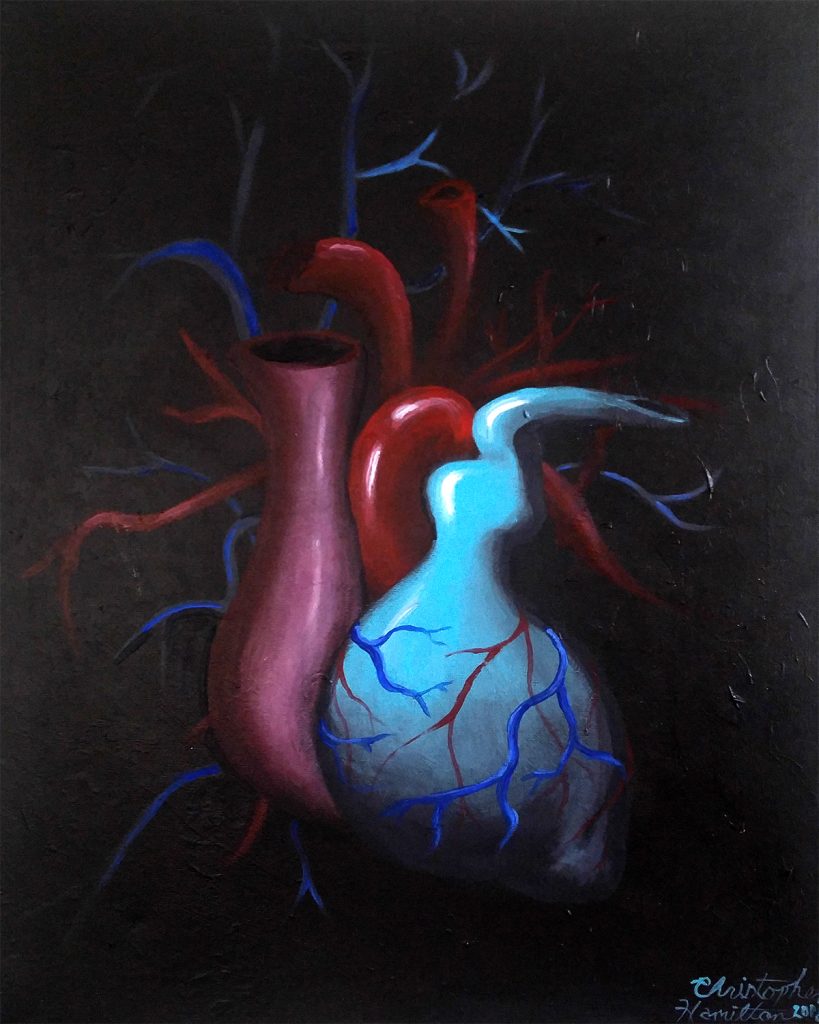 What are your preferred mediums?
I had started out working with oils, as I grew up watching Bill Alexander and Elke Somers on PBS I wanted to be able to replicate their work and perfect my brush strokes, but at the time, oils weren’t my thing due to the thinners and smells given off from the process, so I switched to Acrylics on stretched canvas.  I would then make my paintings look like they had been done in oil, much to the chagrin of my viewers.

What is your greatest achievement so far?
My greatest achievement so far was would be the year I won a silver medal in the Canadian National Canoe Championship at age 15 in a boat full of Senior Class men.  I had also won the doubles title in my age class, a lake record on Banook in Dartmouth, NS as well as a silver in an age class above ours by inches at the Atlantic Canoe Championships all in the same year. -Artistically, I would say my greatest achievement was deciding that I had enough talent to make a modest living off of my Art, and the belief that someone would really want my work in their home, which freed me mentally to live a different lifestyle that is non-conventional. No 9-5, or shift work, just creating when I can.

What motivates you to create?
This is a great question. Realistically, the answer is simple:  As an impressionable youth, I saw all this violence in the news, wars starting up, armed conflicts, protests, racism, and homophobia.  It seemed the world has simply plenty of destruction, so I feel it’s my place in the universe to create beautiful and ugly things to try and offset the negative impacts of human violence, famine, torture and mental health issues that affect who we become based on environment and our surroundings.

What do you have planned for the upcoming RAW Halifax ARISE showcase on July 5th at Pier 21?
For the Arise show, I’m very excited to present my larger pieces that few have seen yet.  I am hoping to have a monitor set up showing a looped video of me creating the large painting (five feet long) right below the work that was done.  I’ll have business cards, maybe some free bookmarks to give away and if I have the time, possibly some Tshirts with my work on them for sale/giveaways as well.  I will also be bringing my media team to record/live-stream parts of the event on my social media sites (Instagram & Facebook).  I’ll also be posting throughout the event on my twitter account, documenting my experience with RAW and collecting some great memories for everyone!

Making Some Me-Time In Your Schedule

The majority of us like to keep ourselves busy. We have hectic schedules and we try to pack as much into them as possible….