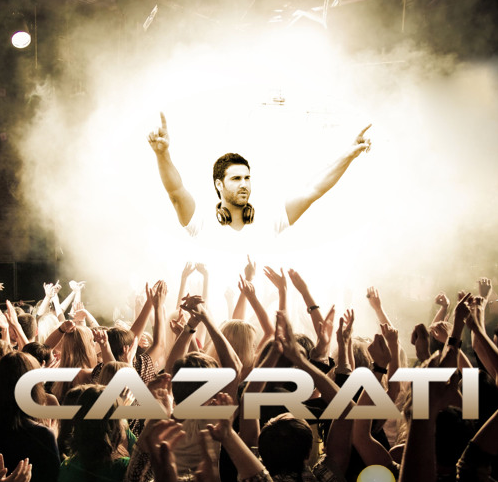 The European club scene is still pretty different from the American scene. The dance music festival circuit has been growing rapidly but the great dance clubs are few and far between. Hopefully some of the top DJs from Europe can make their way over here to change that. One that has this as part of his plan is our recent find Cazrati.

The progressive house DJ is also known as Sebastian Ben. He dove into developing an innovative and eclectic style to set himself apart from the multitude of European DJs. Cazrati has dance floors pumping in clubs throughout Europe and now has the goal of expanding to the US with his unique sound.

He is on the verge of releasing his debut album but gave us a taste of what is in store with the single “Miami”. It is a progressive track that builds throughout to get sweaty bodies out there moving. Cazrati dives in with different cool sounds and samples to keep the listener guessing where it will go. This will keep your attention. Keep up with other songs at: https://soundcloud.com/cazrati

I had the privilege to interview Naomi founder of Shea Purity her products are handmade, natural and gentle for hair and body.  She launched…