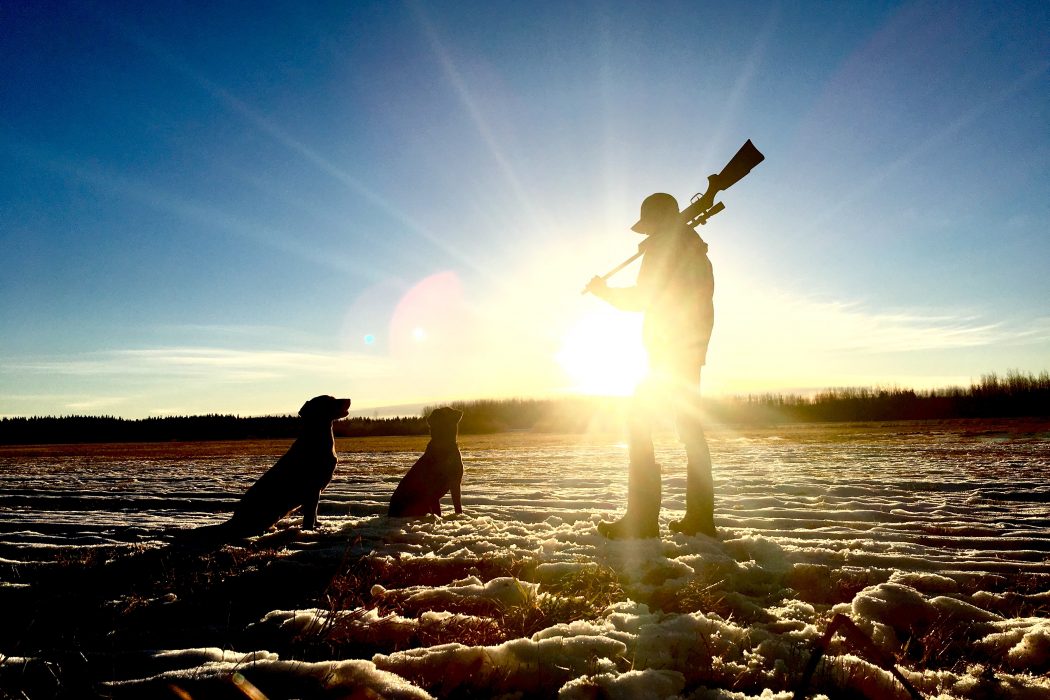 Hunting and gathering has always been a part of the daily life of humans back in the day. It was one source of food as wildlife was still very abundant. Before the idea of domestication, early humans would just hunt and gather all that they need in order to survive. It was a rough kind of life, but it was also rather fulfilling. It has solved a lot of issues regarding hunger and thirst. Being alive was kind of the point, so using anything that is around is the logical point of view. People have become more creative since then, and this concept has decreased as we continue to modernize ourselves.

However, hunting is still alive these days albeit only in smaller circles. There are groups of people around the world who likes to shoot and procure animals for various purposes. Some still use it as a food source while most consider it as a game. Even though there are still a lot of issues concerning this kind of activity, there is always the responsible hunting kind. There are a lot of animals in the wild that are still considered safe to hunt, even though it is only available in certain times of the year. Here is an example of a schedule.

It is The Season

Also, there are also many people who are really interested in guns. It might have little use for those not working in the armed forces or police but many still believe in its use. Gun laws are still a very sensitive topic here in the United States, but gun enthusiast can do just fine. There are many gun ranges all around the country and a lot of gun stores as well. You can even buy a pistols and other armaments at common stores like Walmart. The interest also increases day by day and it has become a serious business in many parts of the world.

With these two interests, it is only logical that there should be something that you can practice with. You cannot go to a firing range all the time, especially if you have your own gun. Also, targets in shooting ranges do not really move, so it is perfect for beginners. However, the veterans may not be able to appreciate that anymore. It can hone your skills, but it may be able to help in the wild. The targets that you will have will be moving as fast as possible, so it is best to practice on a moving target.

You cannot do that all the time as well. Depending on your location, there are certain laws that prohibit hunting in most places around the world. It might be limited to just a few months a year when it is the season for more commonly hunted animals like deer, ducks and rabbits. So what can you do to remedy this? You may want to buy a clay thrower for your practice needs. There are a lot of clay bird throwers that you can use if you are into the sport. The one thing that matters now is how you will know if it is a good clay thrower.

If you are wondering how it all works, it’s just like that game on Nintendo where you hunt ducks. The goal of the game is to shoot as many ducks as possible for a higher score. We all know that you just want to shoot the dog because he is quite annoying. However, the one that shoots the things that you need to shoot are those clay throwers but now in real life. It can be the fun experience as well seeing the disc fly up the air for you to shoot it.

What to Look for in the Best Throwers

As you may know, throwers have differences which makes one better than the other. The best ones will hold more discs for a lengthier experience. The average ones on the market are usually five to ten. However, you also need to note that the more it can hold, the more expensive it will be. Check on your capacity to shoot as well as you increase the load, the more tiring it is for you to change it.

The thrower should also be able to shoot it high enough so that you can aim your gun and take your shot. It should be between 46 m (50 yds) to 73 (80 yds) when it is up in the air. The lower the shot, the less time you have to take aim. The clay pigeon would just hit the ground before you can even load the bullet. If it is too high, this can be dangerous because you might hit another thing instead of the clay.

The time it takes to load and shoot another clay pigeon should also be taken into consideration. Too fast, and it will be too difficult to hit. Too slow and everything is just far too easy. Also, the timing should be spaced evenly. This is very important in games since the scores will be based on the number of things hit by your bullets. Timing your shot will be in disarray and you would not be able to enjoy it either. Visit this page for a guide on how to aim properly: https://www.springfield-armory.com/resources/shooting-tips/.

As the mechanism is being used, its parts would also stretch and decay in time. In theory, the more you will spend on the equipment, the better it will be. However, this might not be the case. The brand might just be the thing that you are purchasing, not the quality. Always read review sites so that it can help you make decisions about your purchase.

With guns, it is very important to be safe as much as possible. If you have a wide private property, then that is the best place where you can have your clay thrower. Always remember that you r bullets can harm anyone even if you don’t mean to. Keep this away from children and other vulnerable individuals. Make sure that you got a license to carry and use a gun as well.

Easy Ways To Protect The Environment Where You Live

Photo Source The environment is now a massive issue and likely always will be. The political response around the world differs depending on which…