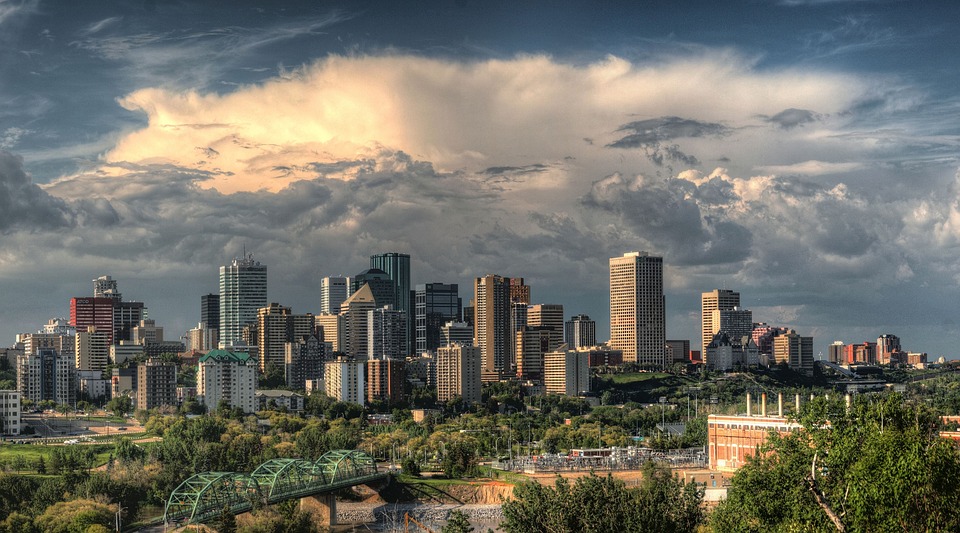 Alberta’s capital city of Edmonton not only serves as a popular launching pad for an unforgettable wilderness adventure, with a scenic drive leading to majestic national parks like Jasper, Banff, and Elk Island, it offers plenty of its own, making it worth spending at least a few days – or even browsing Edmonton real estate for a possible move.

The Royal Alberta Museum recently reopened at a price tag of $375 million, doubling its exhibit space from its former location and is surely one of the most impressive in Canada. Some of the highlights include life-size dioramas of the province’s wildlife, an iron lung, overhead biplanes and a 1,700-year-old roasting pit that was excavated from Head-Smashed-In Buffalo Jump, located some 300 miles south of Edmonton. One of the most popular exhibits includes dinosaur fossils and fossils from the Ice Age. This outstanding institution hosts a mix of natural history and cultural exhibits along with frequently-changing temporary installations. The cultural history collections showcase aboriginal cultures with artifacts from the Cree, Blackfoot and other First Nations.

The most popular attraction in the city, West Edmonton Mall is North America’s largest shopping mall. It houses over 800 shops and services including two hotels, more than 100 dining venues, a huge indoor waterpark with waterslides and wave pools, a triple-loop roller coaster and a full-size skating rink.

If you long for the romance of the rail days, head to the Alberta Railway Museum where you can view artifacts, machinery and cars, including equipment from two of the country’s major railways that offer an overview of rail travel’s heyday in the west. Rides on a steam-powered train are even provided on some weekends.

Alberta is known as the “City of Festivals,” and one of the best ways to learn about its culture is to attend the Klondike Days festival. Edmonton was a stopping point for gold-seekers traveling through the area on their way to find their fortune. This festival that dates back to 1870 celebrates the Klondike Gold Rush for 10 days every year in July with a costume parade, concerts, carnival rides, street parties, dancing, beach volleyball, lots of food and drink, shopping and more.

Fort Edmonton Park offers the chance to experience Edmonton’s early days with authentically re-created buildings that include a typical 1846 fort, a street from an 1885 pioneer town and the provincial capital in 1905. Visitors can ride a steam train or a horse-drawn wagon.

Focused on conservation, the Edmonton Valley Zoo is renowned for its research on threatened animals, but it also offers close encounters with over 350 creatures that are native to the province along with exotic species. Mammals include everything from the tiniest rodents to red pandas and elephants. Special events like “Family Fun Day” are hosted which include a variety of activities and games, like the Arctic focus which includes learning to snowshoe and how animals adapt to life in cold climates. The zoo also features children’s rides, including a carousel, miniature train and paddle boats.

No self-respecting traveler goes away without their cell phone. Nowadays, a smartphone lives up to the name as it has features such as satellite…